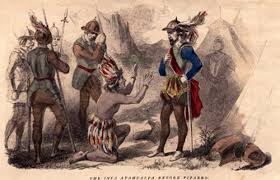 I want to draw attention to an interview in the Guardian I just read about surveillance capitalism and the allegedly illegitimate conquest of personal data by big digital firms.

The subject of the interview is Harvard Professor Shoshana Zuboff who is author of a book to be released end of January 2019: The Age of Surveillance Capitalism

I’ve previously cited one of Prof Zuboff’s earlier papers in an article about ‘Rapid developments in artificial intelligence: how might the New Zealand government respond’.

I found the Guardian interview so compelling I have already ordered her new book.

The book promises to provide a robust intellectual framework for deconstructing the power of the giant tech firms on the basis of illegitimate conquest of ‘digital natives’ (a very clever metaphor).

This argument could be the forceful rejection of rampant data harvesting that many who oppose the unbridled power of big tech have been seeking.

Here are some key points from the article and interview:

Why is this a problem?

Finally, the key concept that leaped from this interview for me is the following:

Zuboff argues that what we have witnessed over the last two decades is a conquest by declaration. A unilateral decree that some entity may harvest and use a resource freely and without limit.

This is colonial imperialism at its most ruthless and it needs limits.